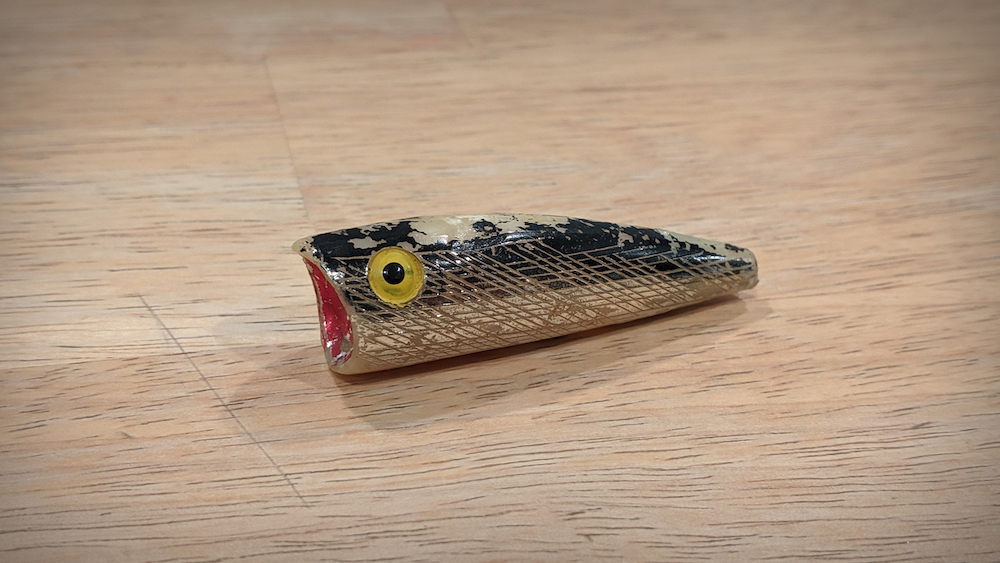 The Power of a Spiritual Marker: Lessons Learned and Remembered
By Gary Myers

It’s an odd thing to keep – a beat-up, old fishing lure with no hooks. It’s been with me for quite a while – more than 20 years. The lure has traveled with me through various cross-country and cross-town moves. It has no value for catching fish and I don’t really go fishing anymore. I keep the lure because it means something to me.

Here’s the story. While I was working at the newspaper in Meridian, Miss., a homeless man approached me looking for a little cash. I gave him a few dollars and talked with him a little while. Before I left him, the man dug around in the shopping cart he was pushing and pulled out this fishing lure – one of his few, rather shabby earthly possessions. He was thankful for what I had given him and he wanted to give me something in return.

In some ways, the lure serves as a spiritual marker for me. In the Bible, the Hebrews often set up spiritual markers, reminders when God did something special for them. When they crossed the Jordan River they carried 12 stones from the middle of the river and stacked them up as a tangible reminder that God had kept His promise to them. The marker was meant to help them remember the lesson. And as we all know, lessons are easy to forget. The book of Joshua, which I am currently studying, is filled with these reminders.

The lure is a tangible reminder of what God was doing in my life at that time and what He was about to do during the next 20+ years. What was he doing back then? He was teaching me to see all people as image-bearers. This work in my life didn’t start in Meridian, but living there helped me along on the journey. Growing up around poverty in rural Oklahoma, I naturally had compassion for the poor. I learned to reject the easy characterizations and stereotypes people often attach to the poor. Trips to inner-city Houston and Los Angeles helped push me along the path. But Meridian, located on a major interstate between Atlanta and Dallas collected its fair share of homeless people. There I encountered the homeless on a daily or a least weekly basis. I learned a lot about treating poor people with dignity in Meridian. I learned that you cannot share the gospel with the poor and homeless if you see yourself as superior to them. No one’s salvation costs any more or less than mine. The lure reminds me that all people are created in God’s image.

Caring about those on the margins isn’t always popular. Once I was approached by a man in a grocery store parking lot in Meridian. He was seeking money for food. I told him that I would buy extra groceries for him while I did my own grocery shopping. I came out a few minutes later with a bag of food for him. The man was happy to receive the food, but the assistant manager who saw me give the man the food wasn’t happy at all. He said I shouldn’t have done that. He believed that the store would be overrun with what he considered unworthy beggars. He thought having homeless around would be bad for business (even though I bought extra groceries just a few minutes earlier – it was at least good for business that day). This assistant manager made his proclamation loudly for all to hear, including the homeless man and several other customers.

I went on to Pittsburgh where I encountered the homeless on a daily basis near the University of Pittsburgh campus and often volunteered at a shelter. Then I moved on to Kansas City where I volunteered at another shelter. By the time I made it to New Orleans, I had learned a lot about compassion ministry. Most of all, I had become more comfortable sharing my faith while meeting physical needs.

So this broken-down fishing lure reminds me of that encounter in Meridian, but it reminds me of all the ways God has prepared me to minister to those on the margins of society. It reminds me that God has a plan and He prepared me for the ministry opportunities I have in New Orleans.

The symbolism of the fishing lure is not lost on me. When Jesus called Peter and John (who were fishermen) He said He would make them “fishers of men.” The lure is not only a reminder that I am supposed to be sharing the gospel (fishing for men), it is also a reminder of who God has called me to minister to – the castoffs, the “others,” the forgotten, and the down and out.

This first appeared on GaryDMyers.com.

Gary Myers is the director of communications at NOBTS.