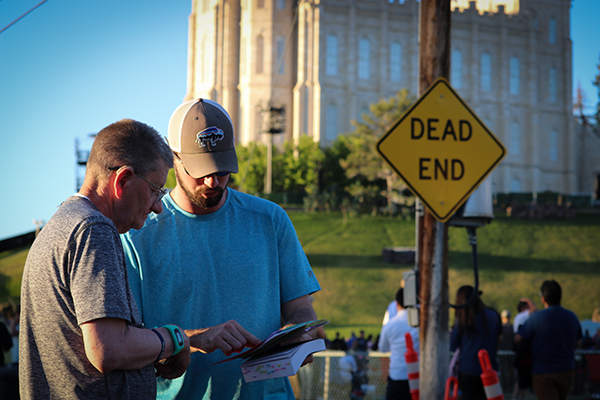 From the Amazon to Utah: NOBTS Mission Teams Find God at Work
By Marilyn Stewart

It was a “tale of two mission trips” this summer as New Orleans Baptist Theological Seminary faculty and students traveled to Utah and to the Amazon River in back-to-back mission trips.

The response team members encountered was as different as the terrain.

Near the equator, team members rode the swollen Amazon River -- still in its “high-water” season -- into remote Brazilian villages where more than 1,100 came to faith in Christ.

A different response greeted team members in Manti, Utah, a response that mirrored the dry, arid climate of the high plateau. As team members stood near the entrance of the Mormon Miracle Pageant – a re-enactment of Mormon history – engaging for the Gospel was difficult though thousands walked by nightly. Only one commitment to Christ resulted.

“The two trips could not be more different,” Taylor noted. “Yet in both were people who deserved to hear the truth.”

Along the Amazon, entire families welcomed the message as Taylor’s team shared the Gospel door-to-door. But after a conversation in Utah ended with the Mormon man storming off in anger, Taylor knew what they were up against and begged God to give them opportunities to share.

“Many Mormons’ eyes are blinded, their hearts are closed,” Stewart said. “It was really hard. It was spiritual warfare.”

Extremes in every aspect, from topography to economic status to response, the two mission fields might seem to fit a “best of times, worst of times” motif. NOBTS team members see it differently.

“All evangelism is spiritual warfare whether it’s in Utah or the Bible Belt,” Stewart stressed.

Success cannot be judged by numbers, Taylor said. “God calls us to obedience to the Great Commission,” he explained. “The results are up to the Lord.” 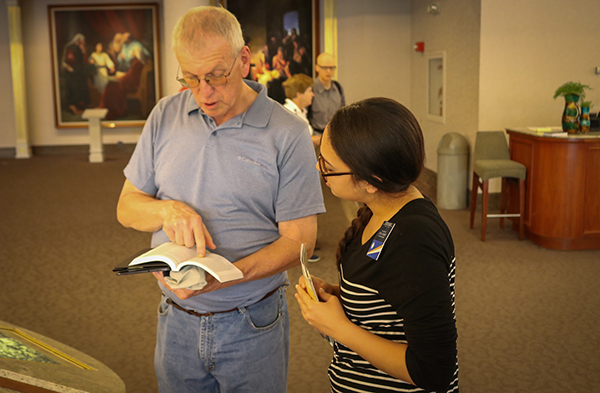 Under the shadow of the Manti Temple of the Church of Jesus Christ of Latter-day Saints, the Mormon Miracle Pageant draws upwards of 100,000 viewers per year, swelling the town’s population on performance nights by a factor of four. Near the entrance, team members used tracts to begin conversations.

Austin Lauderdale, a NOBTS/Leavell College student, waited patiently as a former Mormon and now avowed atheist shared his views, but when the conversation turned to the Gospel, the young man grew silent.

“He listened to every word I said,” Lauderdale recounted. “Maybe it was the first time he’d heard the Gospel.”

Pre-pageant evangelism training included time with former Mormon Sandra Tanner, a great, great granddaughter of Brigham Young and co-founder of Utah Lighthouse Ministry. Tanner encouraged the group to “think of your time here as putting oil on the machinery … because [Mormons] are never challenged to think on their own.”

The group’s training also included time with a returned LDS missionary, a young woman. Taylor called her remarks “revealing,” adding that she explained, “Mormons believe first in feelings, then faith, then facts.”

Another difficulty in talking with Mormons is that “they use our vocabulary, but their dictionary,” Stewart explained, adding that terms like salvation and grace hold different meanings for Mormons.

In Mormon doctrine, Jesus’ death alone does not atone for sin, it merely ensures resurrection, Stewart said. Mormons believe they must do good works to be worthy to live in the highest of three heavens but that deficiencies in their efforts will be "made up" by Christ, he explained.

"Basically, Mormons believe, ‘We do our best, God takes care of the rest,’” Stewart said.

One Mormon man spoke with Lauderdale about the burden of sin he carried.

“He kept coming back to the same question,” Lauderdale said. “He’d ask, ‘How do you know you have forgiveness of sins?’” 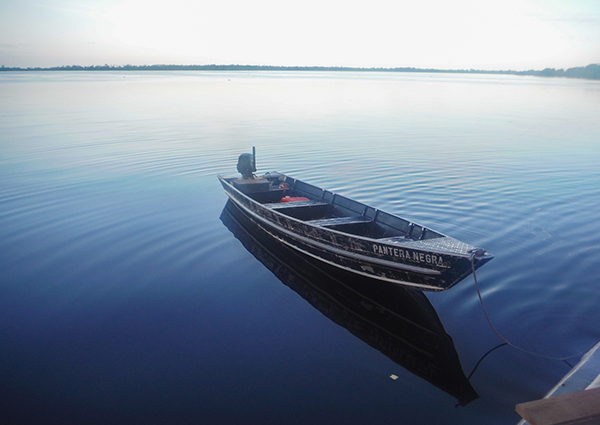 Built on stilts in a waterway teeming with piranha, the house was home to a 92-year-old man who had never heard the Gospel. As team members shared, the man embraced new life in Christ.

Along the Amazon River, door-to-door evangelism requires a boat.

The NOBTS team partnered with other Baptists through Amazon Hope, a ministry leading workers into the more than 30,000 villages in the Amazon River Basin. While Amazon Hope’s 92-foot boat transported team members up and down the river, smaller “jon” boats were needed to reach the villages.

Riding the fast moving streams off the river in the smaller boat has the thrill of an amusement park ride, Taylor said, but was no match for the joy of seeing others come to faith in Christ. At one home, the team led a wife, husband, and 16-year-old granddaughter to faith in Christ. “And at the next house, there were more decisions. And at the next, several more,” Taylor recounted.

At a free clinic, the response to the Gospel was so overwhelming team members ran out of pencils and commitment cards, Taylor said. More than 700 made professions of faith.

Kyle Pieri, NOBTS master’s student and pastor of First Baptist Church in White Castle, La., said people often question if commitments are genuine when “the numbers are astronomical.” Pieri points to what he witnessed.

“I can’t say all 1,100 are true salvations, but I can tell you the Gospel was being shared and the Holy Spirit was moving,” Pieri said. “They were truly accepting the Gospel of Jesus.”

The stark contrast between the Utah and the Amazon trips painted a portrait of a “harvest field” and “hard ground,” Taylor said. Yet in both, God was at work, Taylor explained.

Through experience, Stewart has learned the Holy Spirit may be at work in a person’s life even when there is no outward indication.

“I’ve also learned that any time I share, I’m successful because my job is to share; it’s God’s job to save,” Stewart said. “Success in evangelism is faithfulness and obedience, not numbers.”