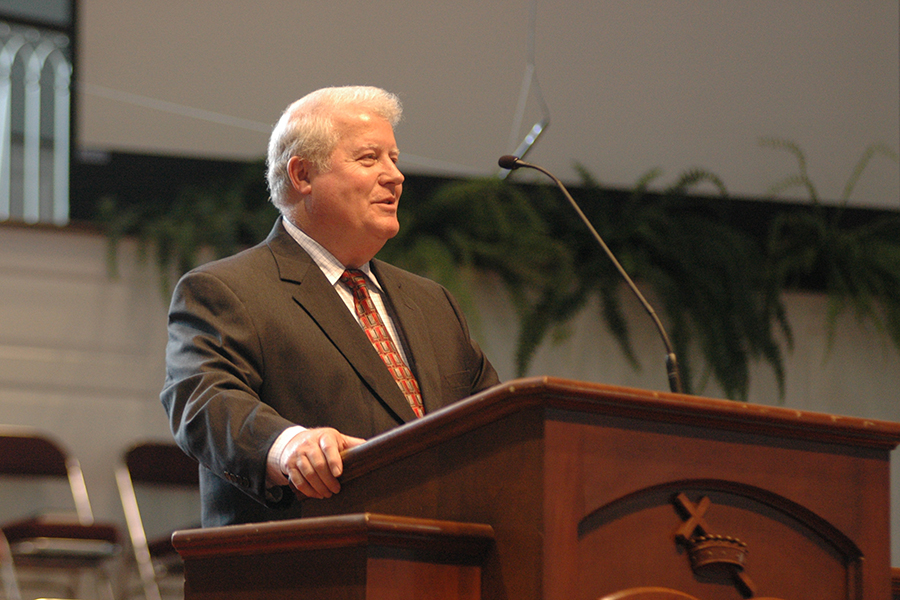 Jerry N. Barlow, professor of preaching and pastoral work at New Orleans Baptist Theological Seminary (NOBTS), died Nov. 11 after a brief, but intense illness. He was 72. Barlow will be honored during a campus memorial service Dec. 1 at 11 a.m. in Leavell Chapel.

Though battling his own illness, Barlow ministered to others through the final week of his life. He checked in on doctor of ministry students and even called another faculty member dealing with an illness from his hospital bed. Barlow was known on campus for kindness, wit and pastoral concern for others.

“Dr. Barlow was the pastor to all of us,” said NOBTS president Chuck Kelley. “His investment in his students and colleagues was legendary.”

Barlow surrendered to gospel ministry after his military service and spent the last 40 years of his life as a pastor and ministry professor. He earned the master of divinity degree and doctor of theology degree at NOBTS. After serving several churches, Barlow was called to First Baptist Church in Franklinton, La., where he served for 15 years.

Barlow is survived by Lynne, his wife of 47 years, his daughter Cathy Edmonston, son-in-law Kirt Edmonston, and three grandchildren.

A memorial service for family and friends will be held Thursday, Nov. 16 at First Baptist Church of Covington, La.