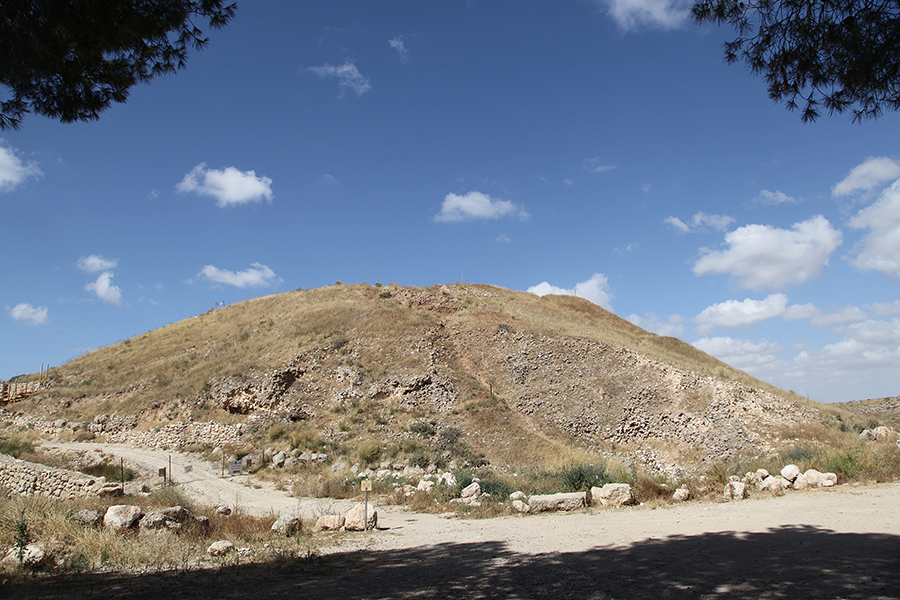 From the subtle to the sublime: How Archaeology Benefits the Church
By Gary D. Myers

A massive pile of rocks and rubble greets the visitor to the ruins of Lachish, 60 kilometers southwest of Jerusalem. The remains of a 2,700-year-old Assyrian siege ramp, this pile of rubble and the other archaeological finds at Lachish bear witness to the trustworthy nature of Scripture.

More often than not, archaeology serves as a subtle, helpful tool for the church. Archaeology provides cultural and contextual clues to help us better understand the people and places of the Bible. The finds help close the culture gap created by time, place and worldview.

Certain sites and finds offer more than mere context, and that is why I love Lachish. While the archaeology of Lachish cannot prove the amazing works of God, it does offer confirmation of an important biblical account.

It was during the reign of Hezekiah that Sennacherib, the Assyrian king, attacked Judah and built the siege ramp at Lachish. You can read about the events in 2 Kings 18 and 19, 2 Chronicles 32, and Isaiah 36 and 37.

Tired of paying tribute to Assyria, Hezekiah rebelled and began preparing Judah for war. Twenty years earlier the Assyrians had destroyed Israel, and Sennacherib now had his sights on Judah. In 701 B.C., the Assyrians marched on Judah leaving a wake of death and destruction.

Biblical accounts, Assyrian records, excavation reports and a carved relief (a pictorial representation of the Lachish siege that adorned Sennacherib's palace in Nineveh) make Sennacherib's invasion of Judah one of the most attested events in ancient history. In addition to the literary accounts and the siege ramp, archaeologists discovered countless Assyrian arrowheads and a mass grave at Lachish holding the remains of 1,500 people. Researchers have uncovered widespread evidence that Hezekiah was fortifying cities and stockpiling supplies. In short, the evidence converges to provide confirmation of the biblical account of Sennacherib's invasion.

As one might expect, the biblical and Assyrian accounts differ in focus, purpose and intended audience. Assyrian accounts brag about Sennacherib surrounding the city of Jerusalem and trapping Hezekiah "like a bird in a cage." The Bible tells us that Hezekiah and Isaiah prayed to God for deliverance of Jerusalem and that God sent an angel to destroy the Assyrian army leading to Sennacherib's retreat to Assyria.

The core message of the Bible focuses on God's supernatural interactions with His creation -- the ultimate interaction coming in the Incarnation, death, burial and resurrection of Jesus. These God-sized, God-initiated interactions with humankind are what archaeology is powerless to prove. God is too great and His actions are too grand to be proven by digging up the discarded and broken items left by His people.

People usually ask me a follow-up question which goes something like this: "If archaeology cannot prove the Bible, is it really worthwhile?"

For the past eight years New Orleans Baptist Theological Seminary's Moskau Institute has been excavating an ancient Canaanite water system at Tel Gezer in hopes of providing these subtle, but important context clues to enhance our understanding of the Bible. In seven of those years with this dig into Canaanite culture, I have witnessed the technological skill, the humanity, the deep depravity, and the pagan expression of a people group which played such an important role in Old Testament Israel.

As I peel back layers of dirt to reveal the nuances of cultures and customs, my appreciation of the Bible grows exponentially. Though the Bible needs no outside confirmation, every chip of flint, every piece of pottery, every stone wall I encounter adds to my confidence in God's Word. As I think about it, it is hard to call even these small lessons subtle. The knowledge gained for the church and the study of Scripture makes the investment of time, sweat and money doing archaeology worthwhile.

Gary D. Myers is director of public relations and a master of arts student in archaeology at New Orleans Baptist Theological Seminary. The Moskau Institute Tel Gezer Water System Excavation will continue May 27 - June 14, 2018. For more information about archaeology at NOBTS or to follow the excavation's blog, visit www.nobts.edu/archaeology.