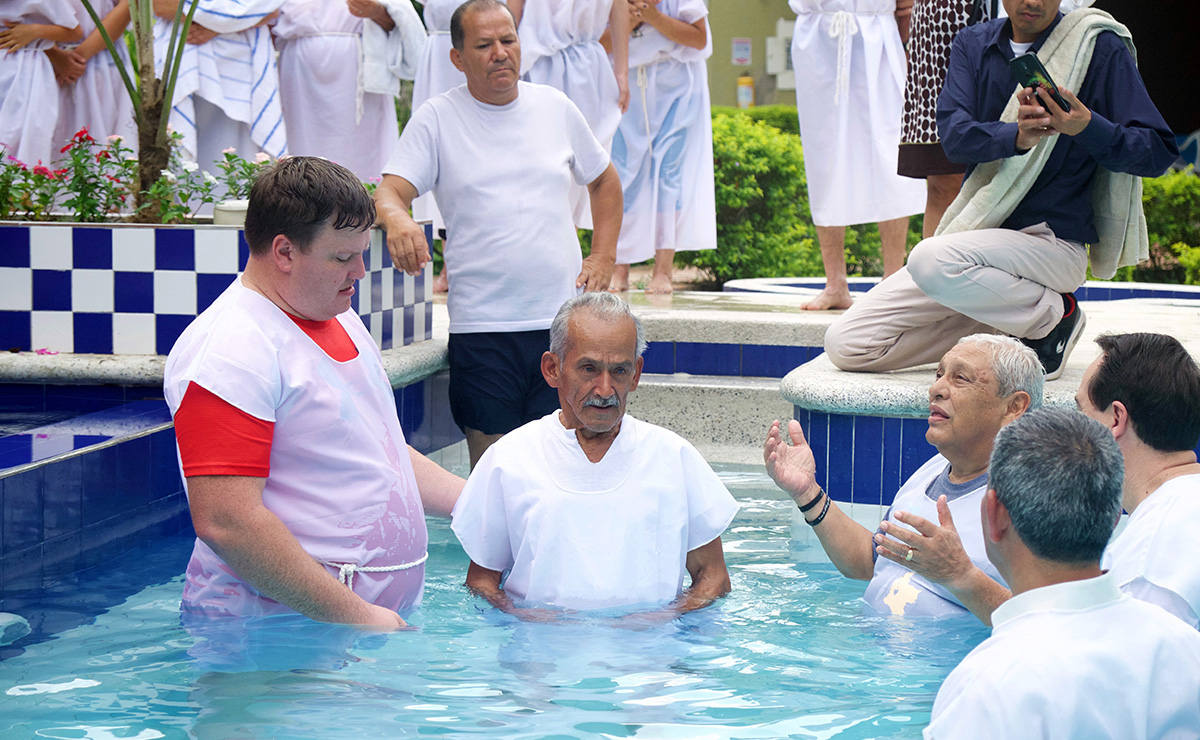 After Decades of Repression, 'the Field is Ripe' for Church Planting in Colombia
By Joe Fontenot

In his silver 1989 Mazda sedan, pastor Orlando Romero overtakes a slow-moving truck as he weaves through the La Cabana Mountains somewhere north of Bogota, Colombia. Six other pastors trail Orlando, all en route to the city of Guaduas.

Originally, this group of pastors consisted of only one circuit preacher, Abel Tovar. Tovar would travel every Saturday and Sunday to preach at five different churches. Three years later, there are now six pastors, nine churches, and even more leaders in training. And today, Tovar is traveling with Romero and the other pastors to the new city.

Scott Lake Baptist Church is the strategic partner with the national church planting movement in the mountains north of Bogota led by Abel Tovar.

The city square in Guaduas looks like a movie set. It is overshadowed by an ancient mission-style church whose large wooden doors seem to stay permanently shut. In many ways, this is a picture of religion in Colombia: it is always present, but it rarely seems to make a difference, one team member observed.

Today, the seven pastors have traveled to Guaduas to plant the city’s first Baptist church.

Beau Bredow, an alumnus of New Orleans Baptist Theological Seminary, serves on staff at Scott Lake Baptist Church in Scott Lake, Florida. He first connected with Abel Tovar through a member of his own church, a man originally from Colombia.

This past February marks Bredow’s ninth trip to Colombia. For the last few years, he watched firsthand Abel Tovar make disciples and train new pastors. The role of Scott Lake Church in Colombia is helping their brothers and sisters spreading the Kingdom.

And encouraging the relationship has been.

At a Christmas gathering last year, Bredow counted over eight hundred in attendance among the six churches. This past February, sixteen more joined through baptism. These stories of growth are common in Colombia.

Two years ago, Edgar was a taxi driver. When a missionary visited, he hired Edgar to be his driver for the week. On the last day, heading back to the airport, Edgar broke from his silent role of driver to ask the missionary, “I’ve taken you to all of these places, and you’ve told all of these people the same message. When will you tell this message to me?”

The missionary, fluent in Spanish, turned to Edgar and told him the message he was telling all week, the gospel. Edgar, hungry for this new life, decided in the front seat of his taxi to become a follower of Jesus.

Today Edgar is a church leader, training under Tovar to be the pastor of a replanted church in the city of Mave.

Eighteen months ago, Alex spent most of his time drunk. His house, built into a hill, was crumbling, and water would regularly run across the inside floor. The alcohol and poor living conditions put stress on his family.

Scott Lake knew they could help, so they raised money to fix Alex’s house. Alex, moved by this, began attending the church Tovar was pastoring. Today, Alex is not only sober, but he has become one of the church leaders.

But the gospel has not always been so accessible in Colombia.

Bill Warren, professor of New Testament and Greek at NOBTS, served as a missionary in Colombia in the 1980s until, in 1989, under direct threats to his family from FARC guerrillas, he and the rest of the missionaries in Colombia were forced to leave.

In the ensuing decades, re-building has been slow.

“The field is ripe,” said Mike Brungardt, who serves as cluster leader for the International Mission Board’s High Priority Zone in South America. “I'm not aware of any other churches doing what Scott Lake is doing."

But when one analyzes what Abel Tovar has done for the last three years--and if we examine the role of Scott Lake has played, there is no special formula. These stories are the result of the long hours and patient work of making new disciples.

After ninety minutes of negotiation, and as the setting sun’s light began turning the bright white walls of the mission-style church orange, the pastors walked away with an agreement for a new building to lease. A new church was planted.

On the way out of Guaduas, the caravan stopped again. A familiar face flagged down Romero: a man he had baptized six months earlier. He moved to Guaduas for work, but he was sad to learn there was no church for him. After an excited thirty-minute reunion, Romero told him, there is now a church.