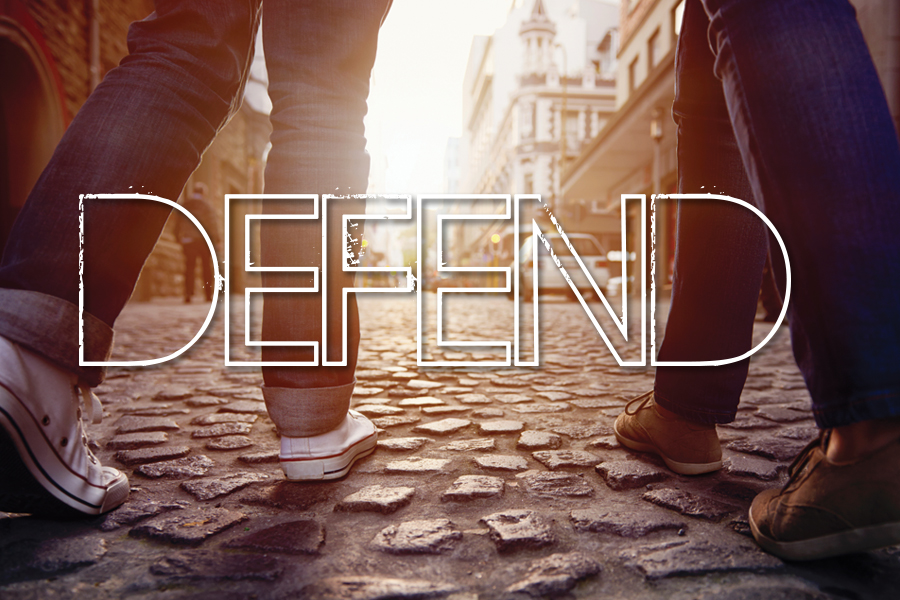 Held in conjunction with the NOBTS Centennial Celebration, the April 13-14 event at Olive Baptist Church, Pensacola, Fla., was a shortened version of NOBTS’ week-long DEFEND, an annual conference on the NOBTS campus that hosts top apologists speaking on timely issues.

Robert Stewart, director of the NOBTS Institute of Christian Apologetics, said equipping church members to respond to objections posed by today’s culture is essential for evangelism.

“Just as every Christian should be an evangelist, every Christian should be an apologist,” Stewart said. “In 1 Peter 3:15 Peter commands believers to ‘sanctify Christ as Lord in your hearts.’ Doing so means always being ready to make a defense to everyone who asks you to give an account for the hope that is in you, yet with gentleness and reverence.

Stewart spoke on the textual reliability of the New Testament. Rhyne Putman, NOBTS associate professor of theology and culture, addressed why “other gospels,” such as the Gospel of Thomas or the Gospel of Judas, were rejected. James K. Walker, president of Watchman Fellowship, a ministry to those in counter Christian groups, spoke on Mormonism.

Daniel Earley, Olive Baptist’s minister of community connections, told of a church member who by way of winning a contest was able to share her faith with Oprah Winfrey in a small group setting.

“She used what she had learned,” Earley explained. “That’s what apologetics is meant for.”

Stewart addressed claims made by Bart Ehrman, a text critic who self-identifies as an agnostic and implies the text cannot be trusted. Stewart pointed to Ehrman’s written statement “there are more variations among the manuscripts than there are words in the New Testament.”

Ehrman’s scholarly work takes a more measured stance and acknowledges that the variations are understandable and inconsequential Stewart explained. Stewart read from Ehrman’s book, “Text and Tradition: The Role of New Testament Manuscripts in Early Christian Studies” which says “the vast majority of these textual differences are easily recognized as simple scribal mistakes, errors caused by carelessness, ineptitude, or fatigue … Scribes can at least be excused on this score: they lived, after all, in a world that was for the most part without dictionaries, let alone spell check.”

The original manuscripts were inerrant and each writer inspired by God, Stewart said, adding that variations occurred because early Christians copied manuscripts quickly in the face of persecution.

“We can have a high degree of confidence in the Greek Text of the New Testament as we have it today,” Stewart concluded.

Putman explained that while detractors claim other lost gospels” are equal to the biblical Gospels, each failed the test of authenticity. Apostolic authorship, conformity to the apostles’ teaching and acceptance by the early church were part of the criteria when the New Testament canon was formalized, Putman explained, adding that the other gospels were known at the time, and were rejected.

“The ‘lost gospels’ were never lost,” Putman said. “There were very clear reasons why these books were rejected.”

Walker, a former, fourth-generation Mormon, spoke on the differences between Mormonism’s most foundational doctrines -- God’s nature, mankind’s nature, and salvation – and biblical teaching. Walker explained that Mormonism uses “our vocabulary but their dictionary.”

For information on DEFEND, visit www.nobtsapologetics.com.