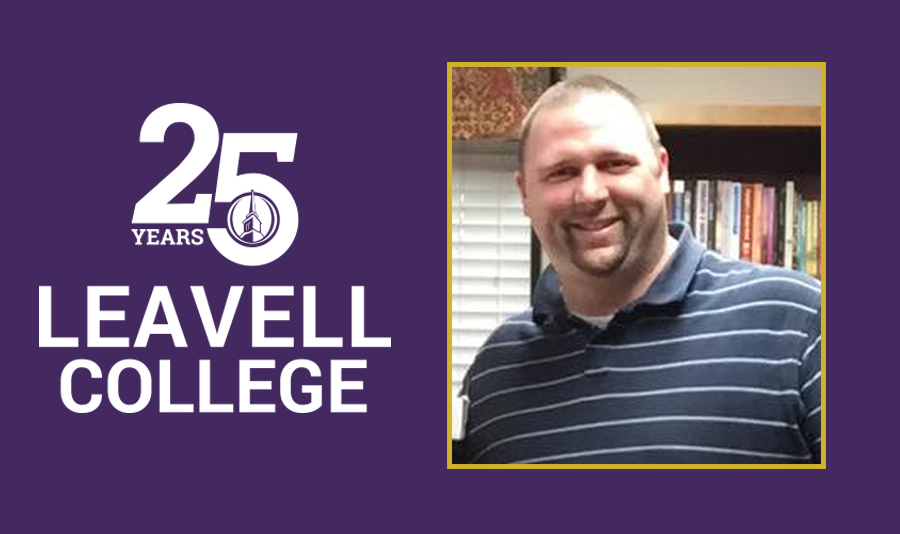 Laramie Minga completed his Bachelor of Music degree with an Emphasis in Worship at Leavell College in December of 2008. Though initially a music education student at the University of Mississippi, he began to serve a local church as Minister of Music and Youth. After two years his desire to serve became so strong he transferred to Leavell College before finishing his studies in Mississippi. He didn’t want to wait to get into the classes that focused on theology and ministry. Even though he knew that it would take more time to complete, he is convinced that it was well worth the effort.

When asked what impact did studying here have on your life and ministry, Minga replied: “Studying at Leavell College not only provided me with a solid foundation to serve the local church, but to also continue in further education. Of course the classes and professors were the core of that foundation, but being around other men and women who were studying to serve the Lord in some way was equally beneficial. We took the things we learned in class, and then refined them in our lives as we fellowshipped together.”

Minga knew nothing about New Orleans before moving there in 2006, but now considers it one of his favorite cities. The Mingas celebrated two of the six years of marriage and the birth of both of their children in the Crescent City. He goes on to say, “I established friendships with other students and teachers there that are still some of the strongest relationships I have.” He currently serves at Woodlawn Baptist Church in Baton Rouge, LA as Music Pastor where he has been for seven years, but also has oversight over discipleship at the church. Along with these responsibilities, Minga desires to teach as an adjunct and to “lead my local church in worship that is Word-driven and gospel-centered, and to share that conviction with others in worship leadership.”