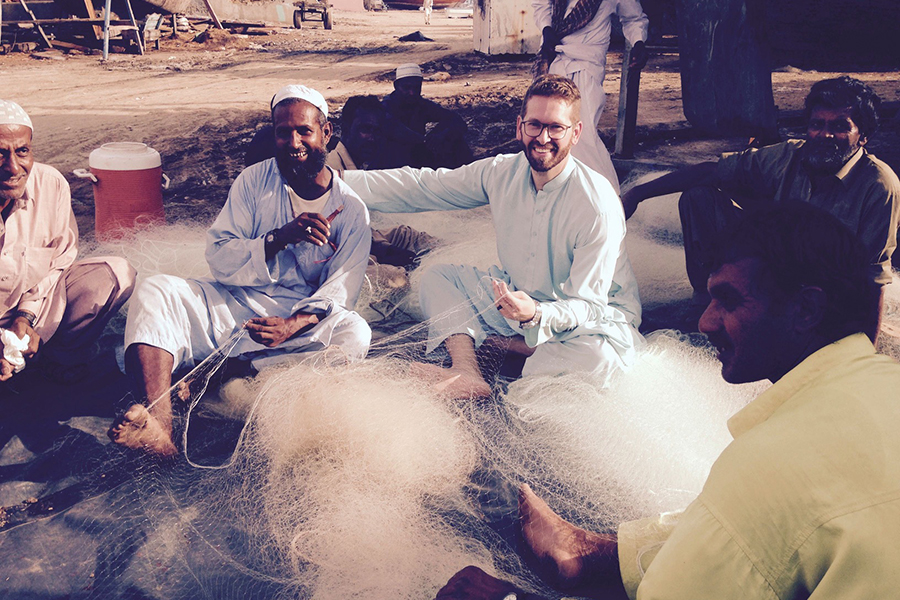 Ben Niscavits earned a Bachelor of Christian Ministry from Leavell College and a Master of Arts in Missiology from New Orleans Baptist Theological Seminary. He is married to Crystin and together they have four boys: Cru, Alister, Jadwin, and Merrick. In 2011, the Niscavitses were appointed to serve through the International Mission Board of the Southern Baptist Convention. For the last four and half years, the Niscavitses have served in South Asia. Prior to their service in South Asia, Ben and his wife lived in three different countries. Describing their current ministry home, Ben described, “Our city is known for many things: lawlessness, terrorist activity, crime, corruption, and dirtiness; and yet literally only because of the grace of God, and the love he poured out for the world’s sin, did he place us here. Every day is not easy, but the Lord consistently says to push on until further notice. . . . As we feel the push and pull of needs all around us, his calling to be his voice in the darkness sustains us to great lengths and for that we are most thankful.”

While a student at Leavell College, Ben’s greatest memory was the “family atmosphere of the campus” and the opportunity to “interact with professors not in just the academy, but also personally living among them.” The Leavell College education also played an important part of Ben’s training and calling. When asked about the educational impact of Leavell College, Ben highlighted two foundational elements—academics and practical ministry. He noted, “Many of the professors not only imparted academic knowledge, but loads of practical knowledge of ministry. The professors did not speak from inexperience. I had professors who were currently serving in some ministry capacity or who had served in the past” Together, the academic and practical focus of Leavell College provided what Ben described as a “great balance.” When asked what he could say to current and prospective students of Leavell College, Ben concluded, “Spend time getting to know your peers who are studying with you. These connections will stay with you for your entire life. You may end up serving in the same state, country, or city as them. Leavell College will provide an excellent education and a wide range of ministry in the city. It ultimately depends on you to grow.”