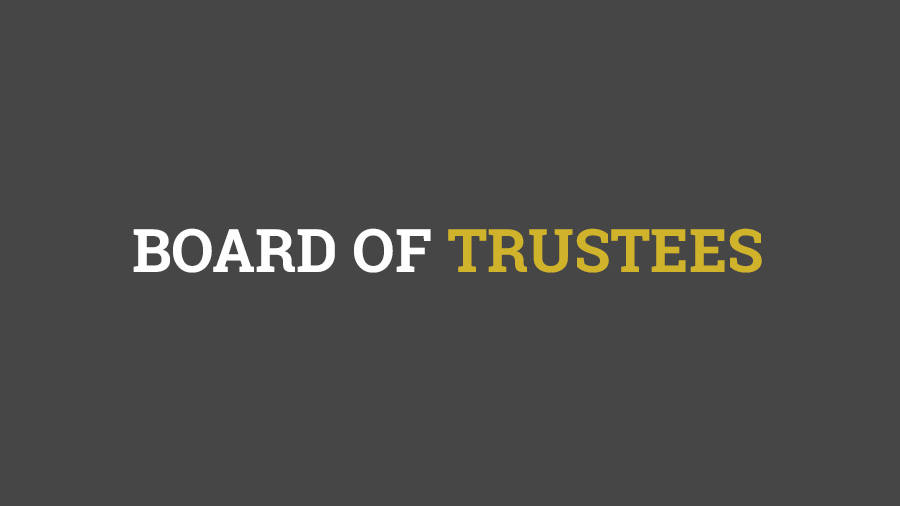 Kelley also announced a new tuition cap plan for SBC students on the main campus and those who are taking mentoring classes. These students will pay regular tuition rates for the first 12 semester hours of study. However, an additional one to six hours (for a total of 13 to 18 semester hours) can be taken free of charge. According Provost Norris Grubbs, the tuition cap will help full-time graduate and undergraduate students save thousands of dollars and complete degrees in a shorter period of time. See https://nobts-a.lpages.co/tuition-cap/ for more information.

Trustees approved a revision of the M.A. in missiology degree which created four specializations: mission, church planting, diaspora missions and urban missions. The church planting specialization will help students connect with SEND Church Planters for mentoring opportunities while completing their degree. The diaspora and urban missions specializations are responses to the current world situation. As many as 360 unreached people groups have immigrated to the United States in recent years. The diaspora specialization prepares ministers to respond to this unprecedented opportunity for gospel witness. At the same time, over 50 percent of the world’s population is centered around urban areas. The urban missions specialization offers training tailored to those who will minister in the urban centers of the world. For more on the missiology specializations, visit https://nobts-a.lpages.co/missions-at-nobts/

A new prison extension was approved for Whitworth Women’s Facility in Georgia. Funds have been secured to offer an associate degree for a cohort of 25 women. After the first cohort completes the 70-hour associate degree, a bachelor’s program will be offered if private funding can be secured.

The board approved a plan to launch undergraduate programs at the seminary’s Orlando, Fla., Extension Center which meets at the Church at the Cross. An undergraduate certificate training site was also approved at Friendship Baptist Association in Ellaville, Ga.

As distinguished professors the men will remain an integral part of the seminary community and continue to be engaged in teaching. Extra duties such as academic committees and administrative tasks will no longer be required, freeing them to focus on instruction and mentoring of students (especially those seeking advanced degrees).

Robert E. Wilson Sr. was elected to serve as associate professor of Christian ministry in Leavell College (ministry-based). Wilson, who previously lead the North American Mission Board’s African American Church Planting Unit, currently leads the seminary certificate training program in Georgia – many of which are equipping church leaders in minority communities. Wilson earned master’s and doctoral degrees from the Southern Baptist Theological Seminary and has 35 years of pastoral and denominational ministry experience. In addition to his work with NOBTS, Wilson is senior pastor of God’s Acre Baptist Church at Ben Hill in Atlanta and is a member of the Georgia Baptist Convention executive committee.

In other faculty-related actions, the trustees promoted the following faculty members:

The trustees approved tenure for the following faculty members:

-          Jeff Riley as associate dean of research doctoral programs, and

The board also approved a plan to move the Fall 2018 meeting to the first week in October to coincide with the concluding celebration of the seminary’s 100th anniversary. The trustees also re-elected Frank Cox as board chair, Bryant Barnes was re-elected as vice chair, and Jack Bell will serve a second term as board secretary.