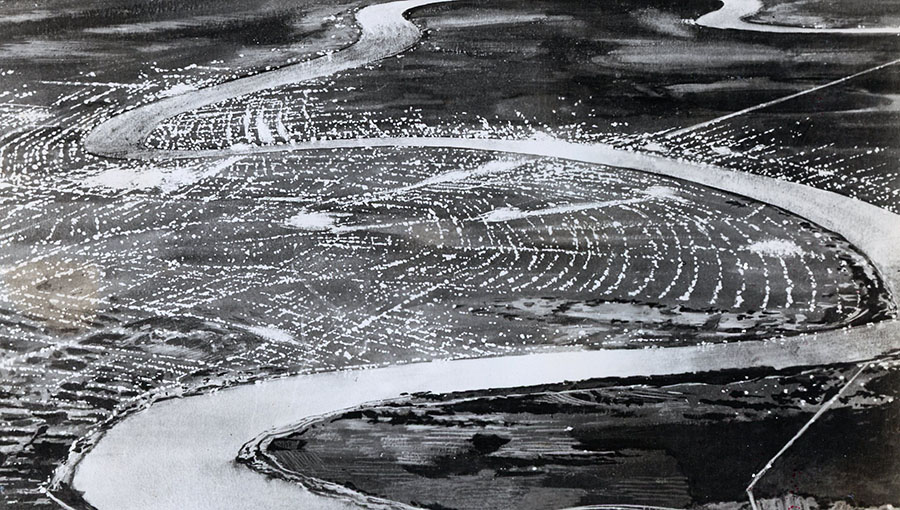 New Orleans in 1917: Need and Opportunity Called for a Bold Move
By Marilyn Stewart

Among the voices who long lobbied for a "missionary training school” in the city of New Orleans was a Baptist state newspaper editor from Mississippi – P. I. Lipsey. Though Lipsey called New Orleans a “stronghold of Satan,” his pen proved powerful in convincing Baptists to strike a bold move.

So, why New Orleans? What did Lipsey, and others like him, see that prompted them to take on the challenge?

Europe was at war and the worldwide political landscape was in upheaval. Russia’s Bolshevik revolution, led by Vladimir Lenin, ultimately gave Communism a foothold that would last for generations.

But in the Big Easy, eyes were focused on a new style of music, one that was birthed in the city’s African American community around the turn of the 20th century. Louis Armstrong, 16 at the time and already known on New Orleans’ music scene, would soon be known as the King of Improvisational Jazz.

While Jazz had filled the city’s dance halls and clubs for years, the 1918 release of “Livery Stable Blues” by New Orleans’ Original Dixieland Band launched Jazz as a genre nationwide. New Orleans owned the music spotlight.

Economically, farmers in Louisiana had toiled through depressed prices early on in WWI, but saw a slow turnaround as the war progressed. Cotton, sugar, timber and petroleum prices skyrocketed when the United States entered the war and Louisianans enjoyed a brief financial boom.

War brought a boom in maritime infrastructure with the building of three new shipyards, a multi-million dollar repair yard and massive warehousing terminal that could accommodate unprecedented tons of shipping. Wages spiked to $1.50 or $2 a day.

Change was in the air. The need for the Gospel was clear.

Life was busy in New Orleans as troops poured in, transforming the city into a strategic military port and expanding the Naval Station in Algiers, on the Westbank. With the influx of troops came the discerning eye of the War Department that forced the closure of New Orleans’ notorious “Storyville,” a red-light district of prostitution. Storyville was shut down, but vice of many kinds remained in the city.

On the Eastbank, the Army developed a piece of land adjacent to what is today the Inner Harbor Navigation Canal, an important deep-water shipping thoroughfare linking the Mississippi River to Lake Pontchartrain. The Industrial Canal, as locals call it, is about a mile from today’s NOBTS campus.

Almost coinciding with the Southern Baptist Convention vote that founded the seminary, the Port of New Orleans purchased the land for the Industrial Canal, an engineering marvel that transformed maritime shipping through the region. Dredging of the swamp-like land began the following year.

New Orleans’ elaborate pumping system, three years old when BBI was voted into existence, was seen as a triumph of engineering know-how. Also celebrating its third birthday was The Times-Picayune, formed from the merger of two daily newspapers to become what was noted as the “most powerful paper in the South.”

In politics, Huey P. Long, the man who would prove to be Louisiana’s most colorful politician, ran for his first public office, the Louisiana Railroad Commission. Long’s win marked the start of a controversial career that highlighted and capitalized on the inequities between the social classes.

Rich in history and with newly improved drainage, sewerage and water systems, the city would soon become a tourist favorite. Still, poverty engulfed many, particularly immigrants and people of color.

Financial growth, political power, recognition for its port and innovative feats of engineering, and a unique flair for the colorful made New Orleans a strategic place. Lipsey recognized the city’s importance to the world, while understanding that it was “missionary territory in every direction.”

“New Orleans is destined to be the greatest city in the South,” Lipsey wrote. “There is no surer way to make it a great blessing than building here a great seminary.”

New Orleans stood at a pivotal moment in history in 1917 while standing in great need of the Gospel. Those, like Lipsey, who called for a seminary in New Orleans recognized both.