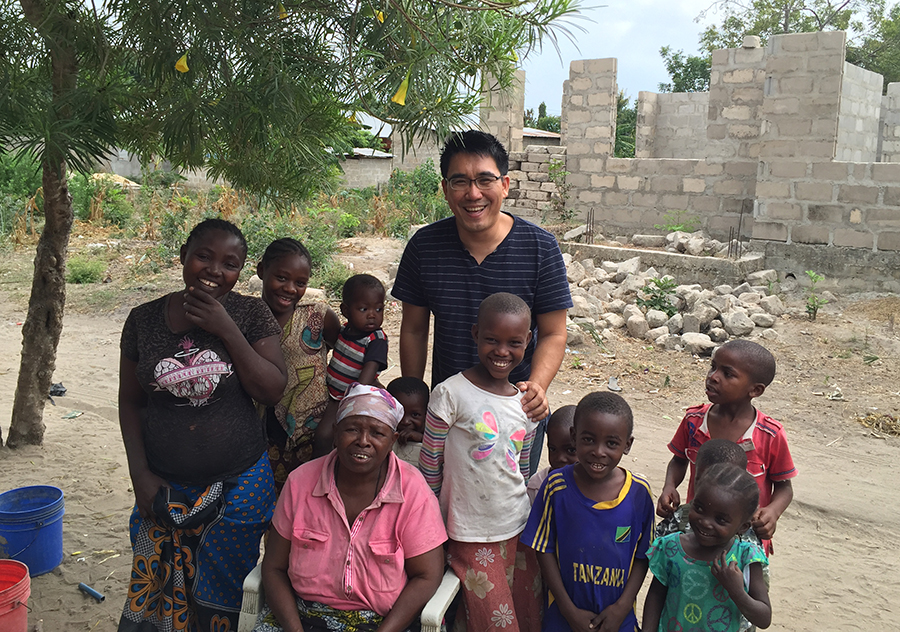 Couple sees greatness of God through ministry to poor, orphans and AIDS patients in Tanzania
By Marilyn Stewart

Yong Koo Kwon’s degrees in mechanical engineering and medical physics could have taken him anywhere in the world. But it was a call to missions that put an important stamp in his passport.

In Tanzania, the needs are great, but Kwon and Kim know God is greater.

“God loves the humble and the poor in spirit,” Kwon said. “There are so many poor people with humble minds and poor spirits in Tanzania. God is holding them to His bosom.”

A ministry newsletter reads, “Our church members are orphans, widows, handicapped people and AIDS patients,” then adds that God rejoices when “these smallest persons” worship.

Though the couple at first worked alongside other ministries in Tanzania, they took a bold step in 2015 and opened a home for five orphaned girls living in harsh or abusive circumstances. From there the ministry blossomed.

“Their work in Tanzania is amazing,” said Peter Kendrick, NOBTS regional associate dean for Alabama/Georgia extension centers. “They established a school, a group home for orphans, and are operating it successfully. They also planted a church which is experiencing tremendous growth.”

The road to Tanzania led first from the couple’s homeland in South Korea to America where each earned graduate degrees. In Atlanta, Dr. Bong Soo Choi, director of the seminary’s Korean Theological Institute, was their pastor.

As they prayed for God’s direction in their lives, they caught a vision for Tanzania.

The prominence of witchcraft, Islam, and other worldviews and religions in Tanzania showed Kwon the depth of the people’s spiritual need. Education, Kwon reasoned, would help prepare the “soil” for the Gospel and provide a means for understanding and applying God’s word.

“We found that the problem was not in the seed –the Word of God—but in the field, the minds of the people,” Kwon said. “Education is like plowing the field.”

A need for further education became apparent to Kwon as well while on the field in Tanzania. NOBTS’ online learning made theological education possible for Kwon. While stateside on furlough, Kwon has continued classes at the Korean Theological Institute.

The couple’s commitment to education produced the Joyful Kindergarten, and from its founding in 2016, the school grew from six children to more than 60 and expanded to include ages three to five years.

The church plant followed soon after and today draws more than 150 for worship. Through education, youth worship services, Bible studies, care for orphans and widows, and comfort for the afflicted, Kwon and Kim are seeing the impact of the Gospel.

One twenty-year-old with handicaps so significant she had never been outside her home demonstrated such joy and maturity that the couple felt God gently reminding them, “She is more blessed than you.”

Among the neediest in Tanzania are those suffering from AIDS.

“It is impossible to isolate all of the AIDS patients because there are so many people with HIV,” Kwon said. “They can get medicine from the public hospital. The problem is they cannot get enough nutrition.”

Meeting physical needs goes hand-in-hand with sharing the Gospel, Kwon and Kim know. Each month, they distribute vitamins and nutritional supplements to nearly 50 children as they pray with families dealing with difficult circumstances.

The love the Tanzanians show the couple and their two children is so tangible they can almost “touch it,” Kim described.

“God loves Tanzanians—the poor, the people in need, the orphans, the people with AIDS,” Kim said. “They need love, but actually, they give a lot of love.”