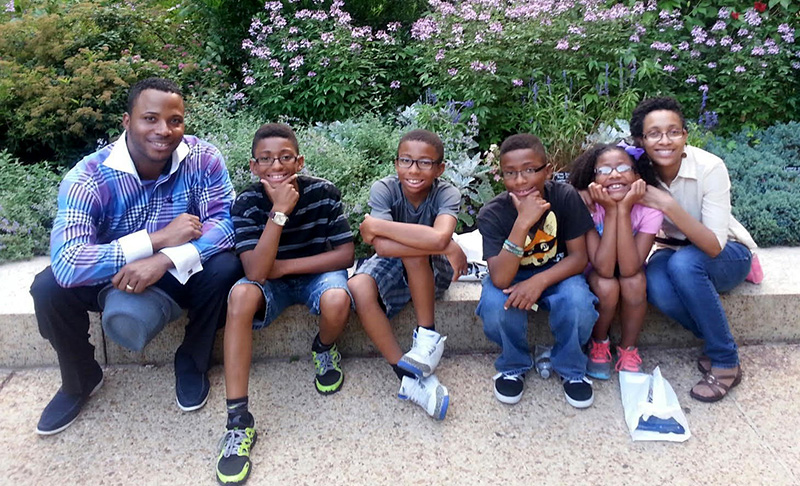 “It could have been a crisis of faith.” The long road of grief Averri and Kionna LeMalle traveled during their years at New Orleans Baptist Theological Seminary brought unexpected lessons of faith.

Troubles conceiving and the stunning loss of two babies during pregnancy put the couple’s faith to the test. When doctors offered no medical explanation, their questions to the Lord multiplied. Still, answers were not to be found.

“We were questioning God—not His existence, but looking for His faithfulness in a difficult time,” said LeMalle (B.A. ’02).

LeMalle, campus pastor of the Jersey Village campus of Houston’s Champion Forest Baptist Church, had come to NOBTS with his young bride in answer to God’s call to prepare for ministry. Little did he know that the greatest lesson he would learn of God’s faithfulness would not come in the classroom, but as he walked the path of heartache.

As each pregnancy ended abruptly, the couple’s dream of having a family seemed to slip away. Serving as pastor to youth and young adults at Franklin Avenue Baptist Church at the time, LeMalle felt his duty as a pastor was to remain strong. As heartache followed heartache, they felt alone.

“I was falling apart at the seams,” Kionna LeMalle said. “I felt hopeless. Then I felt guilty about being hopeless. As a pastor’s wife, how could I have fallen so low? How could I be losing faith?”

But walking alone was not the reality. The couple soon realized that students and faculty members were praying faithfully for them. The listening ear the NOBTS family provided was a “profound, overwhelming expression of love,” a love Averri LeMalle knew was “authentic.”

A turning point came when a fellow student stopped him one day in the hallway.

For Averri, it brought needed release from the pain he kept buried inside. At last, he felt free to lay before God his broken heart, his fears, and his sorrow.

For Kionna, it was the moment healing began.

“I took the reality of my pain and brought it to Him in total raw honesty,” Kionna said. “I was free to say out loud, ‘God, I am questioning everything. I am questioning you.’ He began to comfort me directly.”

In time, the couple journeyed from desperation to utter dependency upon God.

“We’re yours,” LeMalle remembers telling God. “Whatever you purpose for our lives, that’s where we want to walk. If you choose not to grant [this dream], we’re still going to trust you.”

As graduation neared, LeMalle was selected to preach in chapel for Senior Day. He remembers still the text he chose, Proverbs 3:5-7, and the sermon theme—Trusting God. Accompanying LeMalle that day was wife Kionna, and a very special member of the family—their firstborn son, two-month-old Averri II.

In the years that followed, God blessed the growing family with two more sons and a daughter.

As the couple looks back, they can trace God’s hand at work through their experience and see the impact it has made on their ministry.

“The compassion I received in that moment of sorrow helped prepare me to show that same level of love and compassion to others in ministry,” LeMalle said. “Through that journey, our faith grew so much.”