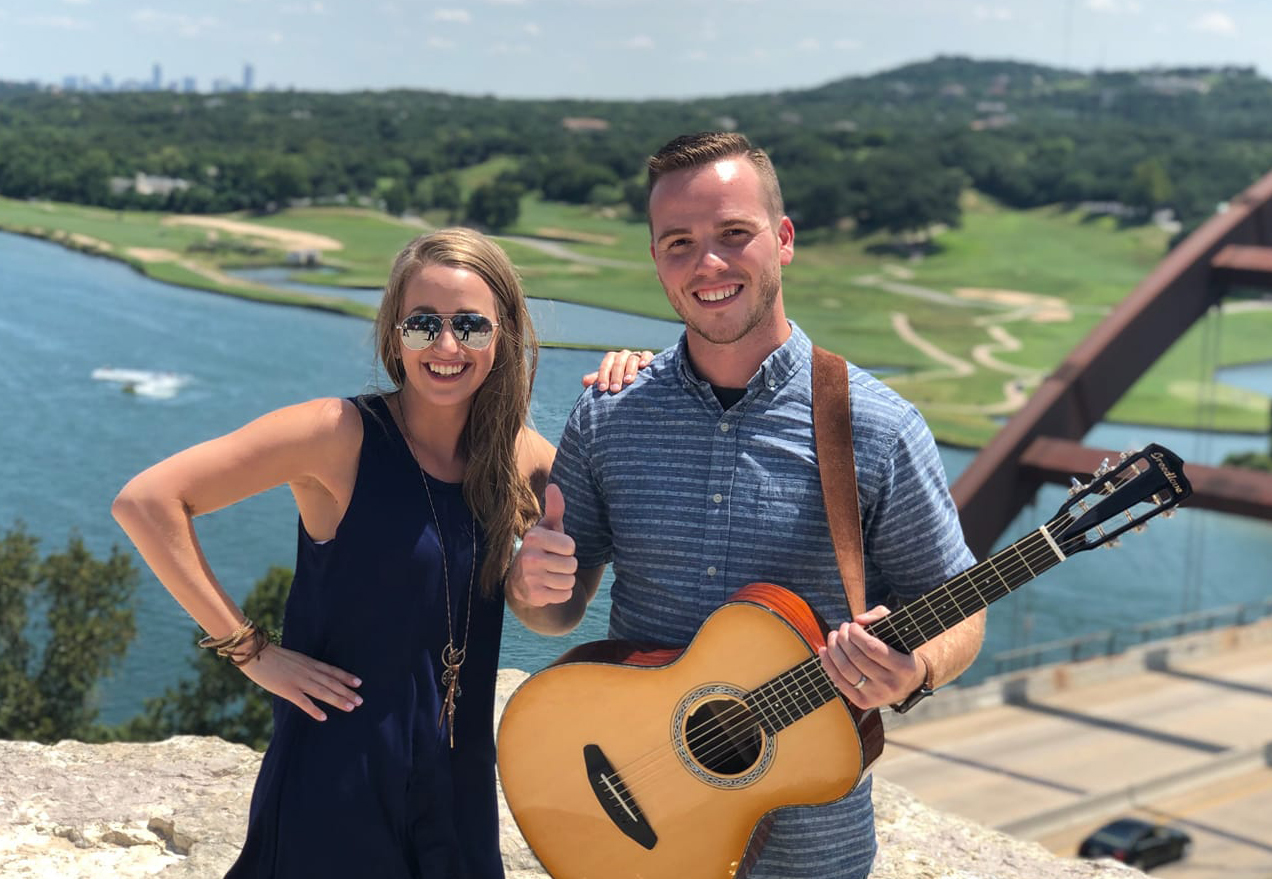 Nathan Jernigan has always been a builder at heart. Raised by a single mom in Tallahassee, Florida, he began building a respectable ministry for himself by leading worship as a teenager. But playing songs on a guitar didn’t hold enough allure, so he pursued a different path toward building things.

“I began leading worship in church around age 13, and my home pastor told multiple times growing up how he felt like the Lord was going to do something in my life,” he recalled. “ But I was resistant to the ministry because I had preconceived notions. I wanted more for my life, so I started studying architecture in college.”

But as Nathan soon discovered, designing buildings wasn’t the blueprint God had for his life. Along with his architecture studies, he kept leading worship at various camps and events. And, in the summer of 2008, he finally let God tear down the last wall holding him back from embracing his call to ministry.

“I was leading worship at a youth camp, and I just felt the Lord convict me of absolutely pursuing my own selfish ambitions and wanting a successful life,” Nathan said. “So I repented and confessed that. I finished the fall semester in Tallahassee and then transferred to the Baptist College of Florida in the spring of 2009.”

Nathan’s journey eventually led him to a bachelor’s degree in music from William Carey University and to the master’s program at New Orleans Baptist Theological Seminary. He found the move to NOBTS easier because of his relationship with Dr. Greg Woodward, who had served as Nathan’s student minister in Tallahassee. It also helped that his wife, Meagan, could pursue her nursing degree through a William Carey program hosted by the seminary at the time.

But the spirit of the campus and the city were also important draws.

“I understood that New Orleans was a school that would give students tools to navigate the landscape of theology that we read from the Scriptures,” he said. “And I wanted to be a worship leader who could think at a deeper level. Plus, to live in a city like New Orleans and to experience such a vast array of influences while getting my feet wet in ministry was incredibly appealing to me.”

Now, more than a decade into his ministry journey, Nathan can see how his seminary training prepared him for the challenges he would face. After serving in churches across the South, he took a position at a larger church in Austin, Texas. A few years later, his church was incorporated into The Austin Stone Community Church, making him one of the worship leaders at a multisite church of more than 10,000 people. And he relied on the ministry foundation built at NOBTS to process questions raised during the transition.

“If I hadn’t gained a foothold on what I believe the Scripture teaches, I would not have been able to navigate that season as well,” said Nathan. “But I was able to just dive into the church’s development program and came out on the other side much stronger in my theology.”

One reason Nathan is so committed to a strong theological base is that he understands his ministry isn’t just about leading a music program. He sees himself as a shepherd for the entire church. As a result, he has branched out into areas like student ministry and leading mission trips. He traces this ministry focus back to a passion for the local church kindled at NOBTS.

“While at New Orleans, I developed a perspective that helped me realize that to be a pastor in a local church, you can’t just stay in your lane,” Nathan explained. “You have to have tools on your belt that go beyond the scope of your specific job description. And New Orleans placed such an emphasis on the church. It was always about the church and about making Jesus known—never about making ourselves known or attaining some level of success.”

Nathan is not shy about sharing his appreciation for NOBTS or his pride in calling the school his alma mater. And he also appreciates the donors who supported him financially—and those who continue to invest in the lives of future leaders at the school. Their gifts help students build a solid foundation that equips them make a difference around the world and for eternity.

“New Orleans is going to invest dollars into the lives of pastors and ministers who are going to take the gospel to the nations,” he said. “So, you’re not really investing in New Orleans Seminary. You’re investing in the kingdom. It’s really just a matter of putting your money into something that’s going to leave a legacy that outlasts all of us.”

Recently, Nathan put his faith into action by saying “yes” to God and leaving a growing ministry at The Austin Stone. Now he serves at Northbrook Baptist Church, a congregation of 500 in Cullman, Alabama. While he admits that the world might consider the move a step backward, Nathan sees things from a much different perspective.

“I didn’t leave (Texas) because of any problem,” he said. “I just felt like the Lord was calling us away. And because I am a builder, I can help build up a church that needs to be encouraged.”

The move wasn’t about numbers. It was about God allowing Nathan to do what he loves to do: be a builder for the kingdom.