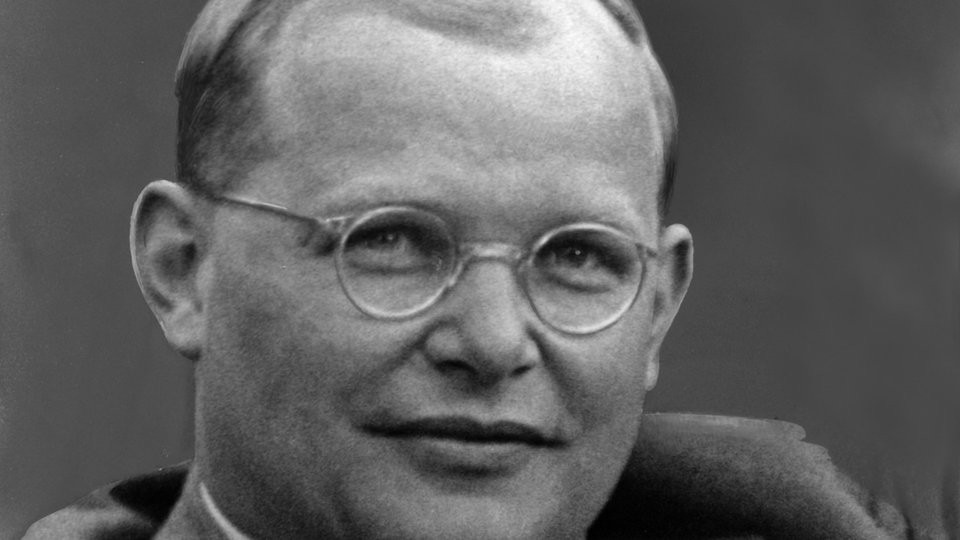 Dietrich Bonhoeffer: A Disciple Who Paid the Cost
By Rex Butler

“Costly grace …. is costly because it calls us to follow, and it is grace because it calls us to follow Jesus Christ. It is costly because it costs a man his life, and it is grace because it gives a man the only true life…. Above all, it is costly because it cost God the life of his Son: 'Ye were bought at a price', and what has cost God much cannot be cheap for us” (Dietrich Bonhoeffer, Cost of Discipleship). Dietrich Bonhoeffer was a disciple of Jesus Christ, and the cost of his discipleship was his life – not only at the end of his life, when he was hung as a conspirator in the attempted assassination of Adolf Hitler, but also throughout his life, as he gave himself to his family and friends and to the true church.

Dietrich was born on February 4, 1906, one of eight children in an intellectual, talented, but only nominally religious family in Germany. Dietrich surprised everyone when he decided at age fourteen that he would become a theologian and pastor. At the University of Berlin, he studied under liberal theologians, but he also came under the influence of Karl Barth, who criticized liberal theology for its irrelevance to the church. Even while Bonhoeffer was being trained in theology, his heart always was in the church, and he spent much of his life as a pastor.

In 1930, he ventured to America, where he studied at Union Theological Seminary in New York City. At Union, he encountered an empty liberalism and reported: “One may hear sermons in New York upon almost any subject; one only is never handled, ... namely the gospel of Jesus Christ, of the cross, of sin and forgiveness.” However, he did find the gospel preached in power in Harlem at the Abyssinian Baptist Church, an African-American Baptist church. Here, he heard sermons that promoted revival and combated the racism that brought suffering to the parishioners. Bonhoeffer concluded that only in churches which experience suffering are true piety and power visible.

Bonhoeffer returned to Germany in summer 1931 and soon was ordained and began lecturing at the University of Berlin. When students noticed the difference in Bonhoeffer, when compared to other, liberal professors, he said simply that he had become a Christian. During this time in his life, Bonhoeffer began to take seriously the Sermon on the Mount and to follow it as a guide for his passion to reform the church, advocacy for Jews, and his protest against German National Socialism and Adolf Hitler.

On January 30, 1933, Adolf Hitler became the chancellor of Germany, an event that changed world history and Bonhoeffer’s life. Bonhoeffer was among the first clergymen to speak out against Hitler. Despite Bonhoeffer’s efforts, however, the union of the German Reich Church with the National Socialist State became evident at the “Brown Synod,” where clergy wore brown Nazi uniforms and greeted each other with the Nazi salute.

In response to the apostasy by the German Reich Church, Bonhoeffer signed the Barmen Declaration, an ecumenical statement of faith of the “Confessing Church.” The signers of this declaration, which identified devotion to Hitler as idolatry, were marked as enemies of the state church, and, as a result, Bonhoeffer was excluded from the pastorate and the university. In 1933, he moved to London to pastor two German-speaking parishes.

After two years, Bonhoeffer returned to Germany to direct an illegal seminary for the Confessing Church. His lectures on discipleship led to his best known book, Cost of Discipleship. Bonhoeffer exalted costly grace, noted above, in contrast with cheap grace, described as “the preaching of forgiveness without requiring repentance, baptism without church discipline, Communion without confession.... Cheap grace is grace without discipleship, grace without the cross, grace without Jesus Christ, living and incarnate.” In 1937, the Gestapo closed down the seminary.

Shortly afterward, in what would prove to be a mistake, Bonhoeffer decided to leave Germany and to spend a year lecturing in America. He remained there only a month, however, because he felt compelled to return to Germany and the persecuted people there: “I must live through this difficult period of our national history with the Christian people of Germany. I will have no right to participate in the reconstruction of Christian life in Germany after the war if I do not share the trials of this time with my people” (Letter to Reinhold Neibuhr).

Soon after his return to Germany, Bonhoeffer was recruited to participate in a conspiracy to assassinate Hitler, a plot conducted by leading figures in Abwehr, the German military intelligence. It seems incongruous to some that Bonhoeffer – pastor, theologian, pacifist – could contemplate murder. But Bonhoeffer believed that failure to act in the face of Hitler’s atrocities incurred even greater guilt: “Silence in the face of evil is itself evil: God will not hold us guiltless. Not to speak is to speak. Not to act is to act” (Eric Metaxas, Bonhoeffer).

In 1942, in the middle of these dangerous adventures, Bonhoeffer, by now 37 years old, fell in love and became engaged to Maria von Wedemeyer, only 18. In one letter to her, he referred to their love as “a sign of God’s grace and kindness, which calls us to faith … and I do not mean faith which flees the world, but the one that endures the world and which loves the world … in spite of all the suffering which it contains for us …. Our marriage shall be a yes to God’s earth.”

Their marriage, however, was not to be. On April 5, 1943, Bonhoeffer was arrested and imprisoned at Tegel Military Prison. At that time, the main charge against him consisted only of his participation in “Operation 7,” a plan to smuggle Jews out of Germany. During his time at Tegel, he was able to send out a number of letters, smuggled out by a sympathetic guard and published posthumously as Letters and Papers from Prison. On July 20, 1944, the plot to assassinate Hitler (the subject of the film Valkyrie) failed, and, in the ensuing investigation, Bonhoeffer was identified as one of the main conspirators. From this point on, he was transferred from one prison to another, completely out of reach from Maria and his family.

In his final days, Bonhoeffer made an indelible impression on those around him. A fellow prisoner later wrote, “He was one of the very few men I have ever met to whom his God was real and ever close to him” (Payne Best, The Venlo Incident). Bonhoeffer’s final recorded words were: “This is the end – for me, the beginning of life.” On the morning of April 9, 1945, Bonhoeffer, along with six other conspirators, was hanged at Flossenburg. The camp doctor, who witnessed Bonhoeffer’s last moments, recalled later: “I saw Pastor Bonhoeffer, before taking off his prison garb, kneeling on the floor praying fervently to his God. I was most deeply moved by the way this lovable man prayed, so devout and so certain that God heard his prayer. At the place of execution, he again said a short prayer and then climbed the steps to the gallows, brave and composed. His death ensued after a few seconds. In the almost fifty years that I worked as a doctor, I have hardly ever seen a man die so entirely submissive to the will of God.”

Three weeks later, Hitler committed suicide. In one more week, on May 7, Germany surrendered, and the war in Europe ended. Bonhoeffer’s legacy, however, continues through his testimony not only as a Christian martyr but also as a Christian disciple, whose life exemplified his own teaching: “When Christ calls a man, he bids him come and die” (The Cost of Discipleship).

Dr. Rex Butler is a professor of church history and patristics and currently occupies the John T. Westbrook Chair of Church History.